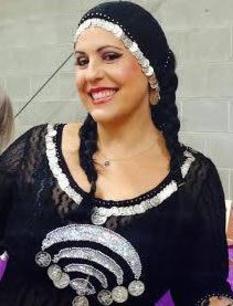 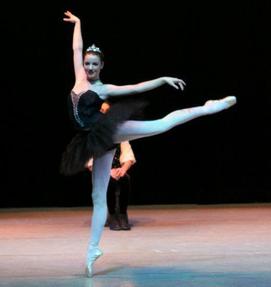 ​
Julie Hagn has danced all her life. She studied with Lina Downes, Bill Ament and Lisa Duke.

Over the years Julie trained in a variety of programs from Northwest Ballet to the NYC Rockettes. She has performed under the direction of recognized choreographers in both Los Angeles and New York City as well as in Washington State in professional dance productions and musical theatre.

Ms. Hagn graduated as a dance major at St. Olaf College in Minnesota, where she was a member of Companydance, a modern dance company. 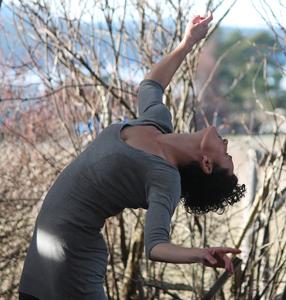 ​
Danny Boulet began dancing at Prairie Dance Center, Yelm, Washington, at age 18.  After two years of intensive training he was accepted into the Evergreen City Ballet as a company member where he performed and studied under many notable teachers, many of whom were former dancers with Pacific Northwest Ballet.

Danny Boulet established himself as a soloist and talented danseur noble, partnering both women and men in many professional dance companies from ballet, contemporary, to cabaret.  He has toured the world dancing with and partnering his fraternal twin brother, Sylvain Boulet, who is world renowned for dancing "en pointe".  He became a member of contemporary dance company Coriolis Dance Collective in Seattle, along with Sylvain Boulet, for three years.  Both brothers have performed with the Katy Haglin Dance Project in Seattle in a project-by-project basis, as well as performng in "Ten Tiny Dances" at Velocity Performance Center in Seattle and in "On the Boards." Danny Boulet has been a featured guest artist with many notable companies such as Ballet Northwest, Olympic Ballet Theatre, and MK Ballet. Mr. Boulet is also known for his spectacular performances as a sword dancer and a fire dancer.

In addition to working as a professional dancer, Mr. Boulet is also an accomplished professional Videographer and Photographer, and he designs and works with leather for costume and fashion.

The Boulets are currently based in Seattle. 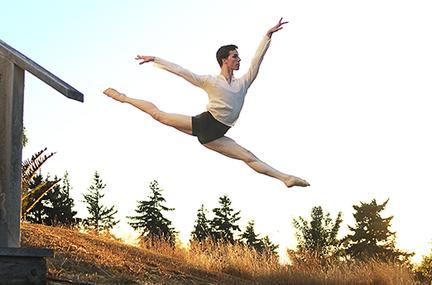 ​
Sylvain Boulet began dancing at Prairie Dance Center, Yelm, Washington, at age 18. After two years of intensive training he was accepted into the Evergreen City Ballet as a company member where he performed and studied under many notable teachers, many of whom were former dancers with Pacific Northwest Ballet.

After his time with Evergreen City Ballet, Mr. Boulet was accepted as an apprentice with Seattle's foremost contemporary company, Spectrum Dance Theatre, where he went on to perform in works by Merce Cunningham and Founder Donald Bryd.   Sylvain also became a member of contemporary dance company Coriolis Dance Collective in Seattle, along with fraternal twin brother and dancer Danny Boulet, for three years.  Both brothers have performed with the Katy Haglin Dance Project in Seattle in a project-by-project basis, as well as performng in "Ten Tiny Dances" at Velocity Performance Center in Seattle and in "On the Boards."  Sylvain Boulet has been a featured guest artist with many notable companies such as Ballet Northwest, Olympic Ballet Theatre, and MK Ballet.  Known for his magnificent dancing "en pointe," Mr. Boulet is often partnered by his brother dancer Danny Boulet, and the two brothers have toured the world together as freelance dancers.

The Boulets are currently based in Seattle. 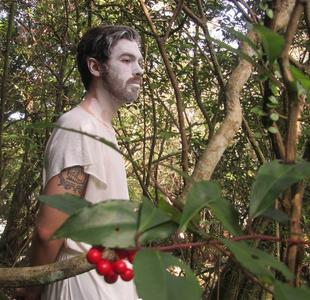 ​
Michael Blue began dancing at the age of six, studying ballet with notable companies such as San Francisco Ballet and Inland Pacific Ballet. He began performing professionally as a young adult, both in the USA and abroad, and in the process discovered modern dance and performance art. He furthered his studies in contemporary dance at Rotterdamse Dans Academie in The Netherlands and began freelance dancing with such companies as Jose Limon and Bejart Ballet.

Most recently, he has discovered the Japanese art of Butoh and for the past year he has been living in Japan, studying and performing with well known Butoh artists. Since returning home, he has been incorporating more avant-garde styles of physical theater, such as Butoh, into his performance art and choreography. 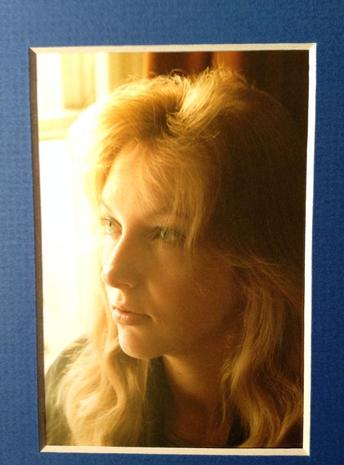 ​
Lina Downes is a northwest-based Choreographer and is the Director and Founder of contemporary ballet company "La Danse De La Mer". She is also a classical ballet teacher and and has been the Director of Dance Workshop 2 studio and Dance Workshop 2 Productions in Friday Harbor, Washington for eight years.

Her dance career started in Los Angeles, where she studied ballet extensively with Anton Darrien and Tony Lanyon and then went on to work in musical theater.
She has choreographed and produced in Washington for stage, musical theater, opera, performance art and theatrical events for over twenty years.

Ms. Downes is also an accomplished pianist/composer, and has composed a body of original contemporary classical work for solo piano, chamber orchestra, and synthesizer. Many of her compositions have been used in professional musical theater and dance productions, including the score for her most recent original musical “The Birthday Boy”, co-written and co-produced with Seattle-based writer and actress Mary Lou Mills. 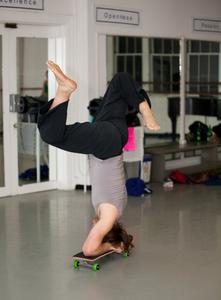 ​
Ian Randall first started dancing at age three.
He began his early dance training with Lisa Gealerson-Price and Noelle Manderville in Yakima, Washington.  He also competed in figure skating and performed with Professor Bud’s Mini Circus.  In 2007 Mr. Randall attended Cornish College of the Arts, where he trained with and was choreographed on by Michele Miller, Wade Madsen, Pat Hon, Deborah Wolf, and others.  He also studied with artists in residency Bill Evans, Donald McKayle, Robert Battle, and Patricia Lent from the Merce Cunningham Dance Company.  He holds a Bachelor of Fine Arts in Dance from Cornish College of the Arts.

Mr. Randall has performed with many companies including Dance Contemporary, Acorn Dance, RandAll Dance, and Opera Pacifica in venues ranging from theaters to cathedrals. 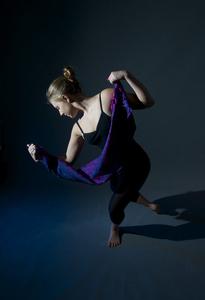 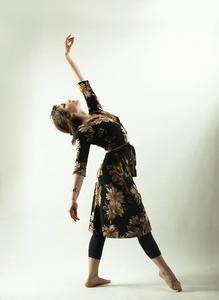 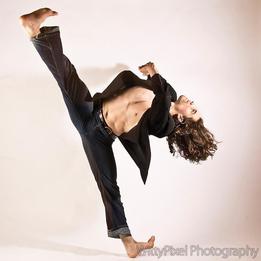 ​
Michelle Randall grew up on San Juan Island, and began her dance training with Lina Downes.  She also trained at Pacific Northwest Ballet, and then moved to Seattle to attend Cornish College of the Arts and graduated from there with a Bachelors Degree in Fine Arts in Dance.  While at Cornish Ms. Randall studied with many notable teachers and choreographers including Kitty Daniels, Wade Madsen, Michele Miller, Tonya Lockyer.  She also studied with artists in residency Bill Evans, Donald McKayle, Robert Battle, and Patricia Lent from the Merce Cunningham Dance Company.

Ms. Randall has performed with Oregon Dance Theater, Opera Pacifica, and RandAll Dance, as well as in Cornish College productions, and in many performances across Washington, appearing in others’ works as well as presenting her own choreography. 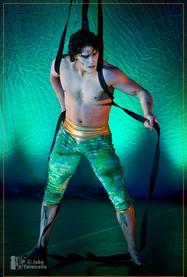 ​
Ferah Bakuy is an award-winning dancer, performer, teacher and choreographer known for her unique, old-world style of Middle Eastern dance.  Ferah is a technically trained dancer of the Salimpour Format. She draws from her Turkish roots to weave ancient themes with folkloric and modern dance principals from all over the Middle Eastern world.

​
Caitlin Ross is a contemporary/ballet dancer who has danced all her life.
Her career began in New York, where she performed and studied with many famous contemporary choreographers at SUNY Brockport University before moving to the Northwest where she continues to study and perform contemporary dance and ballet. This is Ms. Ross' third year performing a leading role for choreographer Lina Downes, who considers Ms. Ross a muse:  "Ms. Ross brings a delicate yet sensual and earthy sensibility to her dancing that makes her a joy to watch in performance."

Ms. Ross has been seen onstage recently in performances at Velocity Performance Center, Seattle, and has been choreographed on by several famous visiting choreographers there.  She is also finishing her dance degree at the University of Washington in Seattle, where she has been studying with aclaimed choreographers and teachers.  She currently resides in Seattle.

​
Kerry Ratza has danced all her life and professionally as a freelance contemporary dancer for many years, seen recently onstage in "La Danse et La Musique" as well as "Prince of the Rain Realm," in contemporary ballet roles under the direction of choreographer Lina Downes.

Ms. Ratza is also a pilates instructor and movement therapist.  She received a Bachelors of Arts degree in Performance Art from the New College of California and Portland.  She has appeared in Chicago's Around the Coyote Festival and Portland's Time Based Art Festival.

Ms. Ratza is currently based in Sumner, Washington.